Is a ketogenic diet effective for weight loss? The answer depends on whether it achieves a reduction in total kilojoule intake or not.

What is a ketogenic diet?

A classical ketogenic diet follows a strict ratio for total grams of fat to combined grams of carbohydrate and protein and typically has 80-90% of total kilojoules coming from fat, which is very high fat. Carbohydrate intake varies from 20 to 50 grams a day, or 5-10% of total energy, while protein intakes are moderate.

The difference between a strict ketogenic diet and diets that are described as low-carb is that ketogenic diets specifically aim to achieve elevated blood levels of ketone bodies which are chemicals produced as a consequence of your body burning fat. Hence general low-carb diets are not as high in fat as classical ketogenic diets.

Research on the use of classical ketogenic diets for weight loss is limited. But there are many studies that compare lower-carb diets to other approaches.

These show that aiming for a carbohydrate restriction of 20-30 grams a day, without setting a daily kilojoule target, leads to 2-4 kilograms greater weight loss compared to a low kilojoule diet, in studies up to six months.

In longer studies with follow-up between one to five years there is no difference in weight loss. A review of weight loss diets with a moderate carbohydrate restriction (45% or less of total energy intake) compared to low fat diets (under 30% fat) found they were equally effective in reducing body weight in studies from six months to two years.

How much carbohydrate do we eat?

In Australia, current carbohydrate intakes range from approximately 210 to 260 grams a day, or about 45% of total energy intake. More than a third of what Australians currently eat comes from discretionary, or “junk” foods. It is definitely a good idea to cut down on discretionary foods. These are commonly ultra-processed and contain refined carbohydrates and include burgers, chips, pizza, crumbed foods, biscuits, cake, pastry, lollies, cordial, sugar sweetened juices and soft drink.

The problem is most people do not eat enough minimally processed, nutrient rich foods that contain carbohydrate, like legumes, wholegrain breads, cereals and other grains, vegetables, fruit, nuts, milk and yoghurt. These foods contain important nutrients, from dietary fibre, to B vitamins, and minerals and trace elements like iron, zinc, magnesium, calcium, selenium and iodine.

Your body needs these nutrients for digestion, metabolism, growth and repair of cells and to help protect the brain, heart, muscles and nerves.

What happens when you go on a ketogenic diet to lose weight?

If you severely limit all foods that contain carbohydrate, such as during a ketogenic diet, you end up cutting out many foods. This means you eat less total kilojoules and therefore lose weight.

Whether you follow a classical ketogenic diet or a very low energy diet you may end up producing “ketone bodies”, which may help with weight loss, particularly fat mass.

Carbohydrate is used in the body as the major source of fuel, like petrol is used to fuel a car. Your body has a store of carbohydrate in the liver and muscles called glycogen. When glycogen stores are low your body switches to burning fat, which leads to production of ketone bodies.

Read more: What are ketogenic diets? Can they treat epilepsy and brain cancer?

Glycogen becomes limited when your total energy intake is very low, such as during a strict weight loss diet, a fast, or when you do not eat foods containing carbohydrate. This means your body burns the fat you eat, as well as body fat, leading to a loss of stored body fat. You still produce small amounts of glucose through a process called gluconeogenesis by breaking down protein and some fat.

A systematic review evaluated how people perceived their appetite before and during a very low energy diet that contained less than 3,300 kilojoules a day or a ketogenic low carbohydrate diet containing less than 10% energy from carbohydrate (50 grams or less per day). Those following the very low energy diet reported less hunger and greater fullness and satiety during weight loss, while those following the ketogenic diet reported feeling less hunger and having less desire to eat. The authors concluded that although the absolute change in subjective appetite ratings were small, they were important in terms of helping people stick to a weight loss diet.

One research study followed 18 obese men during eight weeks of a ketogenic very low energy diet of 2300-2700 kilojoules per day, followed by four weeks of weight maintenance. They measured changes in appetite and blood concentrations of appetite hormones and ketones.

While hunger increased significantly by day three and up until the men lost 5% of their starting body weight, it did not get worse after that while they were dieting. Once they increased their food intake during maintenance, they had an increase in hunger. The good news was that while they were producing ketones, they appeared to be able to tolerate feeling hungry.

One randomised controlled trial randomly allocated 45 obese adults to either a ketogenic low energy diet of 2500-300 kilojoules per day for about two months or a low kilojoule diet where total daily energy intake was reduced by 10%.

A systematic review of nine studies in adults with type 2 diabetes following lower-carb diets (less than 130 grams a day or less than 25% energy from carbohydrate) compared to control weight loss diets found weight loss was greater up to one year in the lower-carb groups.

Should you or shouldn’t you? 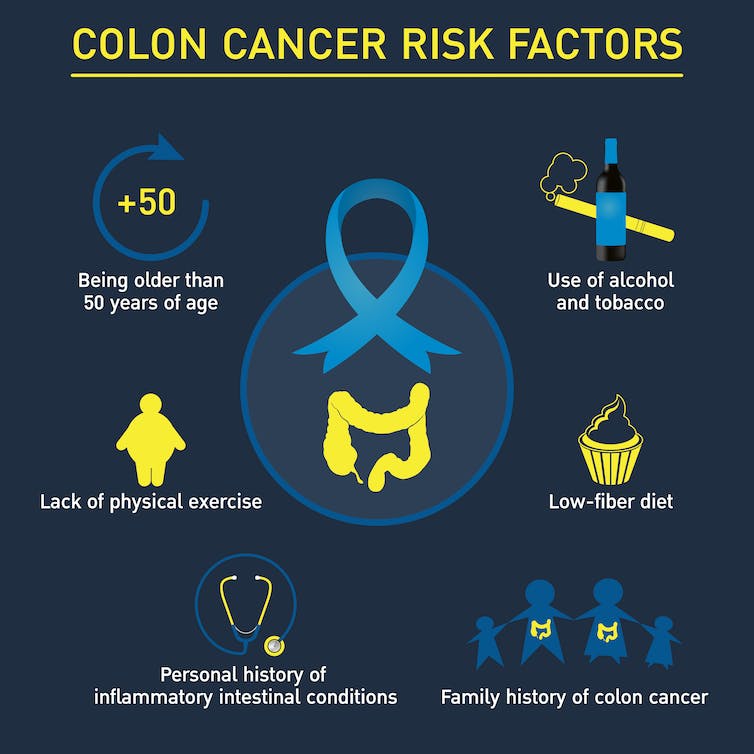 If you have a family history of bowel cancer then don’t follow a ketogenic weight loss diet. The World Cancer Research Fund has shown convincing evidence for a higher risk of colorectal cancer in association with low fibre and higher red and processed meat intakes.

When it comes to weight management, reduce your carbohydrate intake by reducing energy-dense, nutrient-poor foods. Increase minimally processed foods high in fibre and phytonutrients, including vegetables, legumes/pulses and wholegrains and only use classical ketogenic diets under supervision of your health care team.

Read this for more tips on how to lose weight without fad diets.

Keto diet: a dietitian on what you need to know